Regular tuition per semester for the academic year 2022-2023 is listed below. These tuition fees include tuition, educational services, textbooks and instructional materials. Payment of at least one term and administrative fees is due upon a student’s enrollment in the degree program and before the start of classes. All payments are to be in USD. In exceptional cases, tuition could be paid over a maximum of two installments. Students should email accounting@agora.ac in such cases.

Tuition cost for the Master of Theology degree program

Tuition cost for the Master of Theological Studies degree program

Students may enroll in the master’s programs as full-time or part-time students. To switch from one modality to the other, the student must submit a written request via email to the Registrar (registrar@agora.ac) which must also be approved by the Dean.

Tuition and fees can be paid electronically in USD. Invoices emailed to the students will have a payment link that provides the fastest, most secure, and convenient way for students to make payments.

For students residing in Egypt, cash payments in EGP can be arranged at a fixed exchange rate. Payments can be made through the University’s partner in Egypt, the Alexandria School Foundation. For more information, please contact admissions@agora.ac.

A student requesting cancellation of their enrollment within 7 calendar days after signing an enrollment agreement is entitled to a full refund of all amounts paid.

A student requesting cancellation more than 7 calendar days after signing an enrollment agreement, but prior to beginning a course or program, is entitled to a refund of all monies paid minus: (i) the application fee, (ii) the registration fee and (iii) the library fee.

Cancellation requests should be made in writing by sending an email to the Registrar (registrar@agora.ac).

Agora University will issue a full refund for courses or programs that have been cancelled by the University.

Tuition is refunded if a student cancels their enrollment or withdraws from the program or from one or more courses. The refund is on a weekly basis as per the refund schedule below (please refer to the cancellation policy above for refunds of fees such as the application and registration fees).

(applicable to the program as a whole or to individual courses)

Percent of tuition refunded after start of

If a student sends a withdrawal request during the fifth week of the semester, the student will receive a refund of 40% of the tuition:

Students are free to speak with professors to express concerns about final grades. If a student does not feel his or her professor has resolved the issue satisfactorily, he or she may express in writing a grievance or complaint to the dean. (If the complaint is against his or her dean, the student may appeal directly to the CEO, as described below.)

Submitting an Inquiry/Complaint to the Office of the CEO

When the Office of the CEO receives a formal letter of inquiry/complaint, the CEO will convene an Administrative Hearing Committee to consider the inquiry/complaint. The Administrative Hearing Committee will conduct an appropriate investigation and will render a written explanation/decision within 30 days of the filing of the inquiry/complaint to both the student who made the complaint and the Dean. The office of the Dean will keep a record of all student complaints and documentation of how they were handled. The decision of the CEO is final.

Agora University takes all complaints very seriously. All complaints are treated in confidence, including those associated with bullying, racial and religious vilification, sexual harassment and unlawful discrimination allegations made by students.

Sexual Harassment is defined as unwelcome sexual advances, unwelcome requests for sexual favors, and other verbal, nonverbal, or physical conduct of a sexual nature when a person’s submission to such conduct is implicitly or explicitly made the basis for employment decisions, academic evaluation, grades or advancement, or other decisions affecting participation in a university program (quid pro quo), or when such conduct creates a hostile working environment. When complaints address the matter of sexual harassment, the university will allocate 60 days to investigate the matter.

The university will not retaliate against the student for submitting a complaint with SCHEV.

Contract valid for 4 years from this date.

I hereby certify that there have been no verbal or written agreements or promises other than those appearing on this agreement. Students will receive an executed copy of this enrolment agreement confirming their acceptance at the University once all documents for admission have been received and satisfactorily reviewed. 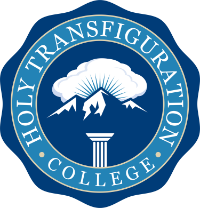